The human brain is considered the most complex object in the known universe and the least understood organ in the human body. Neuroscientists with different backgrounds - medicine, psychology, electrical engineering, biomedical engineering, mechanical engineering, computer science, mathematics, physics and so on – gather aiming to understand the brain.

The idea of a series of events to support new findings about the brain and their spreading among neuroscientists in the field of Computational Neuroscience and related topics for the Latin American community started in 2012 with a group of researchers from the Federal University of Rio Grande do Sul (UFRGS) - Brazil. Later on, this initial event led to the creation of the Latin American Workshop on Computational Neuroscience (LAWCN) in 2017.

LAWCN has been giving its contribution to reveal information about the brain since its first edition in 2017 in the cosmopolitan city of Porto Alegre (Rio Grande do Sul – Brazil). As a biannual event, the II LAWCN took place in 2019 in the three centennial colonial city of São João del-Rei (Minas Gerais – Brazil).

Now the III LAWCN 2021 is going to be in December, 8-10, 2021 and held in São Luís (Maranhão - Brazil), which is the capital and largest city of the Brazilian state of Maranhão, located in the Upaon-açu Island. Besides its beaches, São Luís has a beautiful colonial Historical Center, a UNESCO World Heritage Site, and is a common stopover for visiting the stunning Lençóis Maranhenses.

Due to the COVID-19 pandemic, it is going to be a hybrid event, i.e. a face-to-face and online event. It is worthy emphasizing that all the current safety protocols to avoid COVID-19 are going to be followed at the event. An interactive and an interesting platform is going to be used for the the online participation and it will provide interaction between local and remote participants.

LAWCN has been gathering students and researchers from the fields of Computational Neuroscience, Artificial Intelligence, Neuroscience, and Neuroengineering in an enthusiastic atmosphere for sharing ideas, form networks, and foster collaboration For III LAWCN (2021) it is expected, as it happened the last editions, hundred of scientists from undergrads to experienced faculties coming from different countries to attend interesting talks from renowned keynote speakers. Moreover, this reunion of minds aids to share findings and experiences in the pursuit of cutting-edge knowledge on the brain.

The Organizing Committee is very proud to welcome researchers from Latin America and the whole world to the III LAWCN 2021. We wish, as in the last editions, an extraordinary exchange of ideas and experiences to advance interdisciplinary brain science.

Areas of the III LAWCN

Keeping the tradition of previous edition of this meeting, the III LAWCN has four main topics:

The Workshop will consist mainly of the following activities

Submission and publication of papers

Participants are invited to submit papers on the topics of the event. All accepted papers will be published in the conference proceedings, with ISBN. As in last editions, selected papers of LAWCN 2021 will be published in the Communications in Computer and Information Science (CCIS) proceedings series - Springer Nature (ISSN 1865-0929). Authors of accepted papers may present their work in person or remotely. 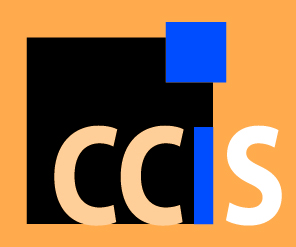 Dates may change according to the terms negotiated with publisher and availability of reviewers. Please, check this page frequently for updates.